A sudden spate of books on Kuvempu, the iconic Navodaya Kannada writer, has appeared in the past few years. 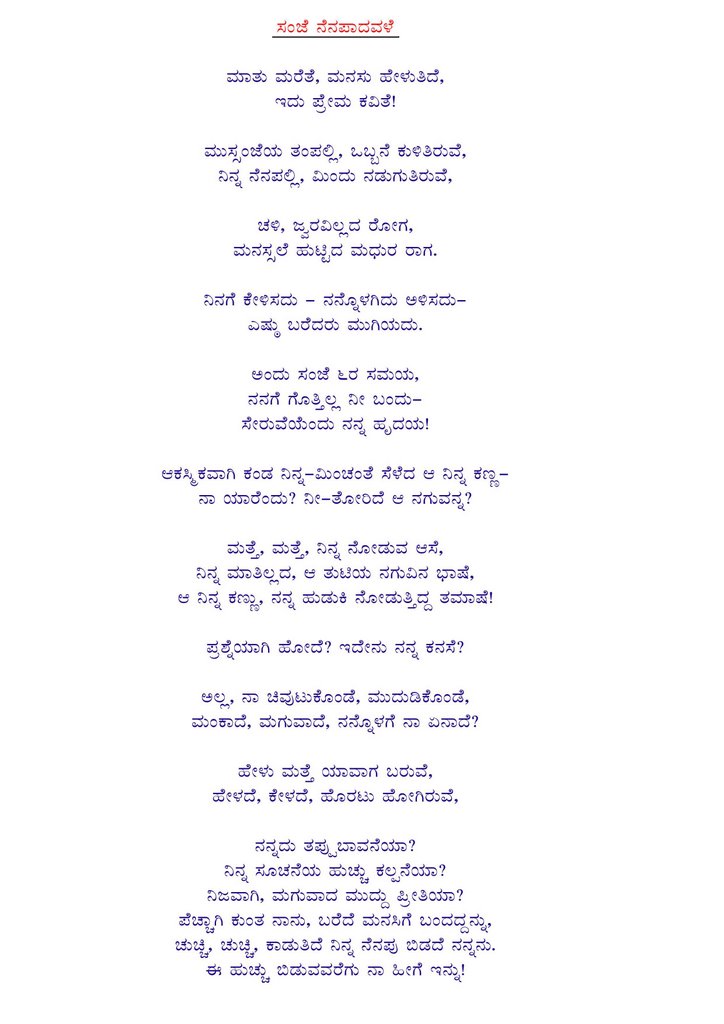 Yugada KaviK. Most recent on this list is N. Raghunath begins by making a bold statement. Especially in the 60s and onwards, Kannada literary criticism has also drawn majorly upon Euro-American critical ideas and tools.

While some cultural theories like gender studies or post-colonialism have entered into Kannada literary criticism of late, the linguistic turn in postmodern cultural theory is still to make its presence felt here. He is stepping right into the heart of those controversies on employing Euro-Western theoretical tools in reading Kannada literature. Not only do figures from oppressed caste and class locations become central figures in such works for example, we can think of a range of characters beginning from his jalagara to the loving young couple Aita and Pinchalu in Malegalalli Madumagaluthey are also given great human dignity.

Besides, in questioning such class or caste-based oppression in contemporary society, kavajagalu stalwart Kannada writer even goes back in time to the hoary Sanskritic tradition and epic literature to recover figures like an Ekalavya or a Shambuka in order to make his readers aware of the long history of social inequality that has unfortunately been a part of this cultural tradition. Kuvempu reworks the plots of these ancient stories and introduces alternate perspectives into them.

However, he also makes an interesting claim that I believe is open to argument. Doing a detailed comparative study of Kuvempu and Wordsworth, he argues that unlike the legendary English Romantic poet, Kuvempu is more receptive to the many faces of nature — its beauty, capacity to nurture creativity and love, and also the violence and destruction that it wreaks on mankind.

This article is closed for comments.