Could I have inadvertently damage the “Mike” input by feeding into it an audio source????

The Audio input czu great but is very sensitive: I also tested the Mic input unuseful for my purposes but For sure better results with an external antenna. I bought one of these specifically for the mic input, with the intention of using it in my van when I give tours.

When I plugged in a mic I get absolutely nothing. Has anyone gotten the mic input to work at all? 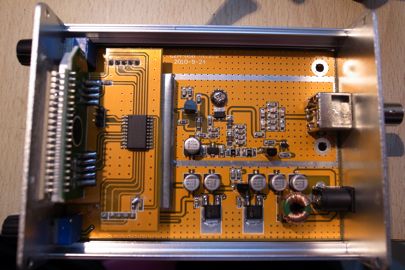 I bought one of these specifically to use with a microphone, but I can’t get the mic input to work. Has anyone had any luck with this? Lighthouser, I tried it out and the mic input does work – but not very well at least with the mic I tried.

Two things might trip you up: First the socket is stereo and if your mic plug is mono it could be shorting one side to ground, second you might be using a PC mic which requires DC power normally provided by a sound card.

I don’t think this unit provides that. It’s part of my weekly routine. This week I was able to listen to it lying in a hammock thanks to a new arrival, a small FM transmitter purchased on eBay. 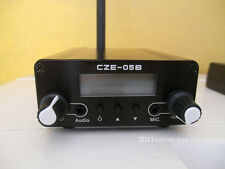 It’s synthesised for frequency stability. At mW it saturates the house but doesn’t go much past the neighbours.

On the back there is a BNC connector and it comes with a little antenna. No doubt an external antenna would extend the range. Internally, construction is of a very high standard: It came with an over the top switched giant power supply.

There is some hum evident in the signal but no doubt that could be 05bb with a regulated supply. Over the years I’ve built many little FM transmitters but they always drift to some extent.

It’s nice to have something stable like this. I think there could be a market for a radio station that broadcasts selected podcasts, my latest discovery is The Changelog. Now I can just make my own. Posted by Peter Marks at Newer Post Older Post Home.